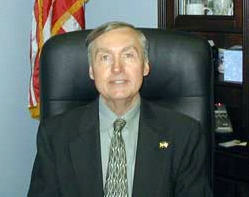 When Dan first came aboard, Community Quest, Inc. was a typical human service organization providing services to people with developmental disabilities and heavily reliant on funding from the State of New Jersey. Identifying new revenue streams became Dan’s ongoing focus. He knew the company needed to diversify to thrive. So, in 1998 the diversification began. In response to the Welfare Reform Act, the company’s services were expanded to assist people progressing from welfare to work. Our employment division, Career Quest, began helping people exiting the welfare rolls find and keep employment. In 2001 the company opened its first housing program that was not funded by the state, a HUD/Federal Home Loan Bank of NY funded independent living apartment in Cape May County.

Since then the company has undergone many positive changes on our path to self-sufficiency.

Dan has acted in a variety of leadership roles in the New Jersey community. He currently serves as a Board Member of the American Conference on Diversity, Atlantic -Cape May Workforce Investment Board, CRDA Home Modifications Project Advisory Committee and the NJ Casino Control Commission’s Disabled Advisory Committee.

As you tour our website, you will learn more about the cutting edge services and opportunities that are now available through Community Quest, Inc.